Belfast, Northern Ireland, 18th May 2018:
The Bank of Ireland Kernel Capital Growth Fund (NI) has led a £1.1m investment in Belfast based DisplayNote Technologies Limited, taking its total investment in the firm to £2m. Founded in 2012 DisplayNote has secured multi-million pound contracts with global blue-chip customers including NEC, Dell and Vodafone. The Company will use this investment for key hires as it builds upon its international customer base across the US, Europe and Asia.

“This investment will allow us to bring new products to market, invest further in R&D and grow our team as we continue to expand our global OEM and Enterprise customer base.”Paul Brown, CEO DisplayNote Technologies.

“We recognise the world class innovation within DisplayNote products, enabling people across the globe to collaborate in real-time, simply and effectively.” Jayne Brady, Partner Kernel Capital.

DisplayNote Technology builds software making it easier for people to present, share, connect and collaborate in real-time across large-format displays, desktop and mobile devices. The company has partnered with some of the world’s largest manufacturers of display technology including NEC, BENQ and Sahara. DisplayNote’s products are now available in 22 languages, distributed globally and have been deployed on 3 million devices worldwide. 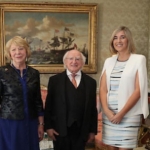 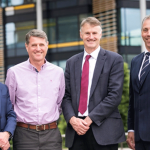 Investment in Datactics
Scroll to top