28 November 2017:
In 2016 Kernel Capital, through the Bank of Ireland Kernel Capital Growth Fund (NI), led a £3.5m investment round into Cirdan.

The Company has signed a £1M contract with Northern Health for the provision and installation of an information system that records, manages and tracks patient data for clinical laboratories. The contract was secured with trade support from Invest Northern Ireland.

Cirdan, who are Headquartered in Lisburn with offices in Canada and Australia, designs, manufactures, and supplies innovative software and imaging solutions for the acceleration and enhancement of medical diagnosis. This new deal will allow the company to further strengthen its position within this sector and build upon its existing sales presence in Australia and other international markets.

This follows an announcement earlier this year that Cirdan is collaborating with Northern Ireland’s Molecular Pathology Laboratory at Queen’s University Belfast on R&D project as it responds to changes in healthcare.

“We have worked hard to develop ULTRA into the world-class LIS that it is today. Persistence has been key to developing sales in this market and winning this contract with Northern Health is the culmination of months of hard work. We realise that lasting relationships are developed through face to face contact and that is why we place such importance in having a local presence. Having an office in Australia works well for us and our customers.”
Dave Crockett, Head of Global Sales, Cirdan

The Bank of Ireland Kernel Capital Growth Fund (NI) was designed to help SMEs in Northern Ireland to accelerate their growth. Invest Northern Ireland has committed £15 million of funding to this fund which is part financed by the European Regional Development Fund under the EU Investment for Growth and Jobs Programme 2014-2020. 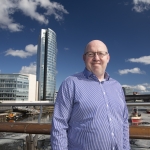 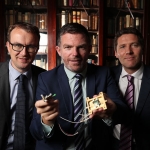