Ger Goold has been appointed Chief Operating Officer
As Chief Operating Officer Ger takes responsibility for transaction legals on all investments. He is a member of the firm’s Investment Committee. A Chartered Accountant, he joined Kernel Capital in February 2009 and held the role Financial Controller. He was appointed Partner in 2012.
Prior to joining Kernel Capital Ger spent six years with KPMG and is a graduate of University College Cork from which he holds a Bachelor of Commerce degree. He is a Kauffman Fellow (Class 17) with the Society of Kauffman Fellows in Palo Alto, California and is a Fellow of the Institute of Chartered Accountants in Ireland.

Allen Martin has been appointed Partner
As Partner, Allen is responsible for deal sourcing, deal execution and portfolio management. He is a member of the firm’s Investment Committee. A Chartered Accountant, he joined Kernel Capital in 2014 as a Senior Investment Executive.
Prior to joining Kernel Allen worked within the Corporate Finance Division of Invest NI leading key elements of Invest NI’s Access to Capital Strategy. His earlier career was with Ulster Bank Corporate Finance and Grant Thornton.

Helen Norris has been appointed Investment Analyst
As Investment Analyst Helen is responsible for reviewing national and global trends in early stage investing and for specific sectoral and targeted company research. Helen Joined Kernel Capital in 2014. To date her work at Kernel Capital has been focussed on the firm’s participation in a major research programme eDIGIREGION. This 3 year project with fifteen European academic and commercial organisations focussed on developing a platform for innovation and job creation outside major European cities. The output of this program was published in Q1 2017. 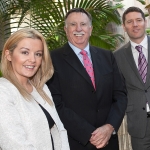