Kernel Capital through the Bank of Ireland Kernel Capital Venture Funds is pleased to confirm an additional €500,000 investment in portfolio company TCAS Online Limited (“TCAS”), a leading provider of accommodation management software. Participants in the investment with Kernel Capital include existing private investors.

Founded in 2010, by Barry Murphy, TCAS now employs 25 people at its offices in Rathmines, Dublin. The Company’s accommodation platform processed over €300 million in transaction payments across its customer base in 2015 and manages over 90,000 beds worldwide. Clients include the UK’s largest accommodation providers, Fresh Student Living, CRM Students and VeroGroup. In addition, Greystar Property Partners, one of the largest and fastest growing property management companies in the US, have selected TCAS as their preferred technology partner in the United Kingdom.

Student Accommodation has become a global asset class in its own right and is estimated to be worth in excess of $200bn. According to the OECD, over 4.5 million students studied abroad in 2012, up from 2 million in 2000 and this figure is predicted to reach 8 million by 2025 . TCAS will use the investment to support their future internationalisation plans.

Commenting on the announcement Barry Murphy, CEO, TCAS said:
“We are delighted that Kernel Capital and our other Private Investors have chosen to further invest in TCAS Online. It is their continued support which has allowed TCAS Online to position itself as a market leader in the UK & Ireland thus allowing TCAS Online to prepare ourselves for entry into the US and other strategic markets.”

Orla Rimmington, Partner Kernel Capital said:
“This follow-on investment is a demonstration of our continued commitment to support ambitious, Irish companies like TCAS. Since our initial investment, the Company has grown their international sales, exceeded 50% year over year revenue growth and increased staff five-fold.”

Notes to the editor:

TCAS Online
TCAS Online specialize in providing technologically sustainable software solutions into the Student Accommodation sector. Headquartered in Dublin, with a presence in London and ASIA, TCAS Online believe that flexibility in the design and implementation of their solutions is the key to a successful, sustainable partnership with their customers. Our valued client base include educational institutions and private accommodation operators in the UK, Irish, European, US and Asian markets. TCAS Online have experienced significant growth in their chosen international markets over the last twelve months and now have over 90,000 students beds under management and process over €300M through their online payments portal.
www.tcasonline.com 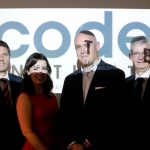