Kernel Capital is delighted to announce that the Bank of Ireland Kernel Capital Venture Funds investee company HiberGene Diagnostics has secured a first tranche of €1.5m as part of a planned Series B fundraising round of €3.5m. The funds raised will be used to develop and commercialise tests for Group B Streptococcus (GBS), Clostridium difficile and Norovirus, all of which will be launched in 2016.

This tranche comes from a number of undisclosed private investors, and was facilitated primarily through the Irish Employment and Investment Incentive (EII) Scheme, which provides tax relief to investors who back small and medium-sized companies.

“This will underpin the continuing expansion of our international distribution network and the launch of a further three products in 2016. The first of these products, GBS, meets a significant unmet clinical need in facilitating rapid and accurate testing of pregnant women for this potentially devastating infection. The presence of GBS infection in women during childbirth can cause significant health issues for new-born infants, including a mortality rate of up to 9% for those infected. With our meningitis test now launched, and three further products to be released in 2016, HiberGene is making significant progress towards developing a portfolio of rapid, easy to use and accurate tests for a range of human infectious diseases.”
Brendan Farrell, Chairman & CEO, HiberGene

“There is a significant market need for rapid diagnosis of multiple infectious diseases, such as Meningitis, GBS, Clostridium difficile and Norovirus; HiberGene is addressing this gap in the market. Kernel Capital congratulates Brendan Farrell and his team on securing €1.5m Series B funding, and on continued product success.”
Helen Norris, Marketing Manager, Kernel Capital

This announcement follows on from a number of significant developments for HiberGene in 2015. Most notably the closing of a Series A fundraising round of €1.5m led by the Bank of Ireland Kernel Capital Venture Funds, which allowed the company to launch its first molecular diagnostic test, HG Meningococcus, and its instrument platform, HG Swift. In addition, the company made a number of key appointments and moved into new facilities.

About Kernel Capitalwww.kernel-capital.com
Kernel Capital is the manager of The Bank of Ireland Venture Capital Funds and have in excess of €200m under management investing in ICT, and Medical Devices on the island of Ireland. Their funds are supported by Bank of Ireland, Enterprise Ireland, Invest NI, University of Limerick Foundation, NUI Galway Foundation and two family offices. The Bank of Ireland Venture Capital Funds have invested in a portfolio of 70+ companies in the Republic of Ireland and Northern Ireland, which collectively employ in excess of 1,200 and have been granted over 150 scientific patents.

About HiberGene Diagnosticswww.hibergene.com
HiberGene is a diagnostics company focussed on applying molecular technology to the infectious disease segment of the diagnostic market. Utilising the LAMP platform, HiberGene has developed rapid and highly sensitive diagnostic tests for Meningitis and Group B Streptococcus, which can be used in almost any clinical or laboratory setting. HiberGene also intends to develop a series of additional tests for use in detecting human infectious diseases.

HiberGene has received Advanced Assurance that it qualifies for the Enterprise Investment Scheme (EIS) for individual investors to obtain tax refunds and other benefits as a consequence of investing in HiberGene. 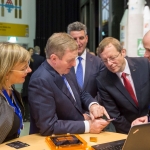 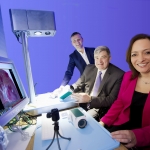