Since Kernel’s investment in Limerick-based Arralis in 2014, the company has met many milestones in their international market expansion. Following on from their recent deal worth €1.45m with Chinese companies Beijing Bluesky Aviation Technology and Sino TekCo, Arralis signed a €400,000 contract with the European Space Agency (ESA) to put its radar subsystems into their spacecraft’s. The contract signing took place last week during the Enterprise Ireland Trade and Investment Mission to Netherland and Germany, and is an extension of previous work for the agency.

“ESA is at the heart of Europe’s space ambitions and it is inspiring to see Irish companies like Arralis contribute to the new technologies that are in demand by the space industry and which form the foundations of European Space programmes now and in the future”.

“During our recent Trade Mission to China, Arralis signed two contracts worth €1.45 million and I am delighted to see their continued success here today. The global market for space systems and space related services and applications is rapidly evolving – Arralis is a great example of the type of innovative Irish company with whom we are working to develop new technologies and we will continue to work with them to support their international growth which ultimately benefits job creation at home in Ireland”.

“Arralis, led by Barry Lunn CEO, is prime example of an innovative Kernel Capital portfolio company that is building strategic commercial relationships with some of the world’s leading players. The announcement of the ESA and Chinese contracts is further validation that Kernel Capital investee companies are pushing the boundaries of technology.”

Arralis, a Limerick-based company with a design centre in the Institute of Electronics, Communications and Information Technology (ECIT) Belfast, specialises in leading-edge, high definition radar and ultra-fast data communications in the Aerospace and Satellite markets. The company has developed world-leading expertise in Radio Frequency, micro and millimetre-wave technology. Their products, which are the ultimate in precision and innovation, are used in both global and space environments where accuracy and reliability are critical. Arralis manufactures millimetre wave semiconductor devices, modules and antennas and provide the Invisible Edge to some of the world’s largest aerospace and security companies. 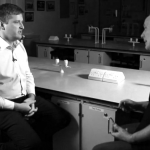 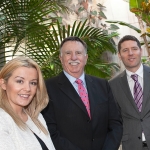